The UCRC and the Upper Division States periodically release estimates of potential water demand based on economic conditions and favorable hydrology and climate. As such, they are not predictions of future water use or depletions, but projections utilized for planning purposes. 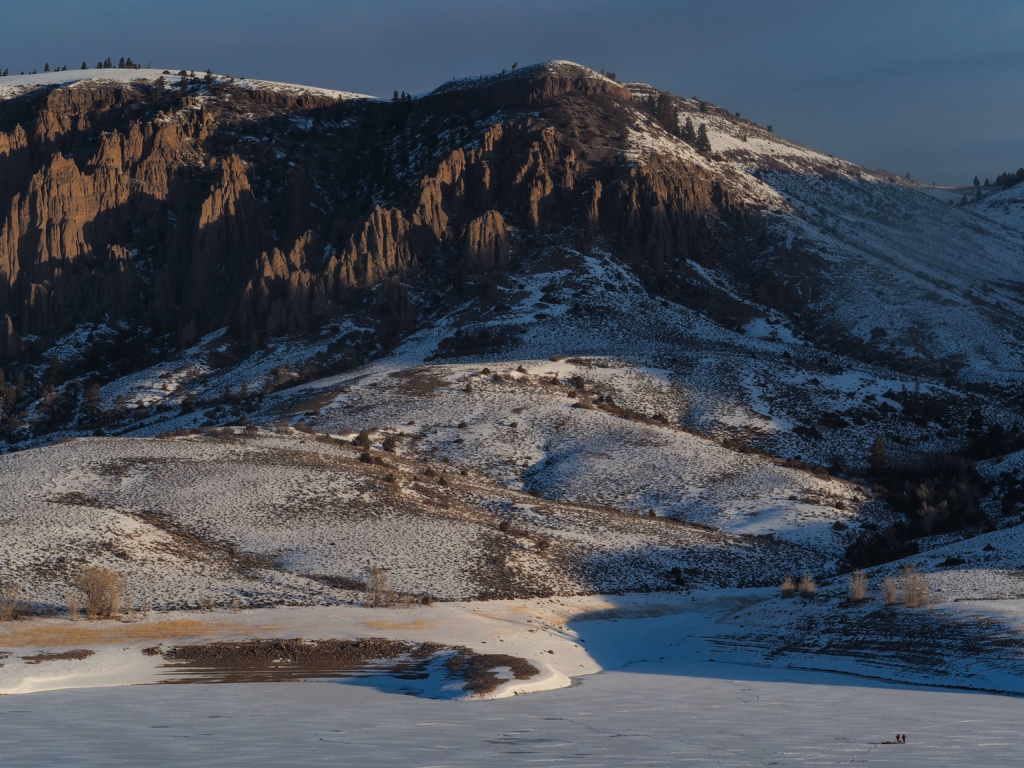 This 2016 Depletion Demand Schedule Update, in conjunction with other recent improvements and refinements made to Reclamation’s CRSS model, results in a significant reduction in error and bias across the Upper Colorado River Basin, including modeled inflow to Lake Powell. State-specific information about the newly adopted Schedule Update is provided below. You may also direct questions about the Schedule Update to ucrc (at) ucrcommission.com.

In order to update the 2016 Upper Basin Depletion Demand Schedule in 2022, Wyoming made changes to both its Agriculture and the Municipal/Industrial (M&I) sectors. Changes to the agricultural sector were made to accurately reflect the full agricultural demand that has been met historically while not significantly changing the original estimation method. Instead of using average consumptive use values, as was done in 2016, Wyoming used the highest historical consumptive use estimates for each HUC8 sub-basin from 2011 to 2020. Wyoming also changed the Penman-Monteith evapotranspiration (ET) crop coefficient of Perennial Ryegrass to Mountain Meadow Grass, which was derived through the University of Wyoming study of the Green River Basin. In addition, Wyoming modified its method for adjusting potential ET to actual ET. Instead of using field regulation data, which is problematic for this purpose, Wyoming used data obtained from satellite-based ET imagery.  Wyoming also changed its M&I data to reflect the most accurate data available.  Wyoming adjusted its M&I estimates to incorporate historical effluent return flow data acquired since 2016. Changing to full agricultural demands and updating M&I data resulted in a 21% increase, or about 142 KAF, to Wyoming’s Depletion Demands.

Since the 2016 Upper Basin Depletion Demand Schedule was adopted by the Upper Colorado River Commission in 2017, there have been several developments that warrant the need for a substantial update. These developments, along with improved data, have resulted in wholesale modifications to Utah’s schedule beyond those of the other Upper Division States. Notable changes that have informed Utah’s Updated 2016 Schedule include: improvements to the state’s process for collecting Municipal and Industrial (M&I) water use data (January, 2017); establishment of a new state approach to M&I conservation with regional conservation goals (November, 2019); and, a settlement of the Navajo Nation federal reserve water rights in Utah (May, 2022). Differences in Utah’s updated schedule, not attributed to impacts from moving to full agricultural demands, are indicative of better available information, which has led to more refined estimations and projections. Utah’s Updated 2016 Schedule should not be interpreted as a dramatic change to Utah’s water use between 2017 and the present.

Along with the other Upper Division States, Utah has produced an Updated 2016 Depletion Demand Schedule that represents full agricultural demands, which were determined from maximum depletions met for each subarea (Division of Water Resources planning area) between 2007 and 2016. Utah’s process uses a gridded version of Penman-Monteith calibrated with local weather data that is incorporated into a statewide Water Budget Model, which models agricultural depletions based on an irrigation water requirement and other local conditions. Current tribal demands were included in the Agriculture and M&I categories whereas future demands were included in a Tribal Settlement category. The current full demand for the Ute Tribe was set based upon the tribe’s Federal Decreed rights (March, 1923) and Certificated Rights for the Uintah Indian Irrigation Project, with the tribe’s projected demand based upon the depletion apportioned under the 2018 Ute Indian Water Compact. Navajo current agricultural demand was calculated using the same 2007-2016 maximum depletion method described above, and the projected demand was determined from the 2018 Ten Tribes Partnership Tribal Water Study.

For the Updated 2016 Schedule, M&I demand estimates were derived using county-level regional conservation goals and the most current population forecasts for public water supplier systems. Self-Supplied Industry (SSI) demands, reported to the Division of Water Rights, were included within the M&I sector and Energy-related SSI data were used to inform current Energy sector demands. Projected Energy demands are not adjusted into the future, and the uncertainty of increases and decreases are considered equivalent. Current Export demands were evaluated as an average (2007-2016) because they have been relatively stable and because a shortage method has not yet been determined for Utah Exports in CRSS. Projected Export demands were derived from updated demand schedules obtained from individual water suppliers. Finally, In-State Reservoir Evaporation was determined by multiplying reservoir surface area by an average gridded evaporation rate (Penman) specific to each reservoir. An adjustment factor was applied to account for partial storage. Overall, moving to full agricultural demands increased Utah’s agricultural category in the schedule by an average of 21% (133 KAF) over the projected period. Implementing all changes (full agricultural demands and other sector demand modifications) resulted in a 12% average increase (129KAF) to Utah’s demand totals over the projected period.

Based on a request from Reclamation, and as part of the collaborative process between Reclamation and the Upper Division States to modify CRSS, New Mexico examined all of its demand estimates in the UCRC’s 2016 Depletion Demand Schedule, and their variability as performed in CRSS. New Mexico determined that the only sector that required adjustments was “Exports” related to the San Juan-Chama Project (SJCP). This trans-basin project is supplied from three points of diversion on three streams in southwest Colorado, all of which are tributaries to the San Juan River above Navajo Reservoir. Water is then routed into a series of tunnels crossing the Continental Divide into the Rio Grande Basin in New Mexico. While the points of diversion are operated to maximize diversions as constrained, annual exports fluctuate widely, in part due to annual variation in the hydrology of the catchments above the points of diversion. Based on historical operations and tunnels capacity, New Mexico decided to update the demand for SJCP exports and set it at 175,000 acre-feet per water year. Setting Project demand at a lower amount in CRSS would under-simulate wetter years in which more water is available for diversion. As part of its own review of the CRSS performance, the State of Colorado proposed to revise the CRSS model structure to accurately reflect SCJP operations and to estimate the amount of water available for SJCP exports as a set percentage of the natural flow at Archuleta. New Mexico, in coordination with Colorado, decided to use 11 percent of the annual natural flow at Archuleta to be made available for SJCP exports, since this value best correlates with the historical record. Limiting the amount of water available for diversion in this manner would ensure that CRSS does not over-simulate diversions during dryer years.

In order to update the 2016 Upper Basin Depletion Demand Schedule in 2022, Colorado changed agricultural demands from average historical depletions to maximum historical depletions for each river basin. This analysis was done on a Colorado Division of Water Resources Water District level. The period of record analyzed was 1950 to 2013. This was done in order for agricultural demands to represent a full demand that has been met historically. The Modified Blaney-Criddle evapotranspiration (ET) Method was used like it was in 2016 with an elevation adjustment of 10% per 1,000 meters for crops below 6,500 feet and Denver Water High Altitude crop coefficients for crops above 6,500 feet. No other sectors were modified from their 2016 levels since they already represented a full demand. Statewide, the move to full demands resulted in a 16% increase in agricultural demands and an overall increase of 263 kAF to Colorado’s Depletion Demands.