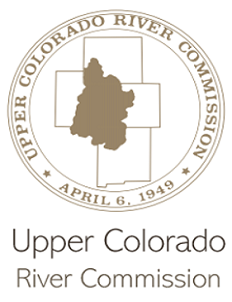 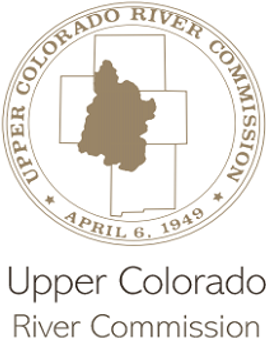 SALT LAKE CITY – As one element of the ongoing implementation of the 2019 Drought Contingency Plans for the Colorado River Basin, the Bureau of Reclamation today released additional 5-year projections on the Colorado River System based on June 2021 conditions.

Five-year projections are typically modeled in January, April and August of each year. The additional June projections will inform the ongoing drought operations planning efforts at key Reclamation reservoirs in the Upper Colorado River Basin. These efforts are ongoing among Reclamation and the Colorado River Basin states under the Upper Basin Drought Response Operations Agreement.

“The June 5-year projections for the Colorado River System reaffirm this is a serious situation,” said Wayne Pullan, Upper Colorado Basin Regional Director. “We are actively engaged with the Colorado River Basin states and other partners to respond to changing conditions to avoid critical elevations at Lake Powell.”

Projections for anticipated runoff in the Upper Colorado Basin have declined over the course of the spring. Using information based on recent hydrology (since 1988 and known as the Stress Test Hydrology), Reclamation notes several key findings for Lake Powell in the June 5-year projections:

In the Lower Basin, the updated projections for Lake Mead continue to affirm the high likelihood of a first-ever shortage condition in the Lower Basin in calendar year 2022. Consistent with the 2007 Interim Guidelines, if Lake Mead’s end-of-calendar-year elevation is projected to be at or below 1,075 feet, Lake Mead would operate in a shortage condition in the upcoming year. The prescribed shortage reductions for Arizona and Nevada would also be coupled with water savings contributions under the Lower Basin Drought Contingency Plan. Mexico would reduce their allotment and make water savings contributions under Minute 323 to the 1944 U.S. Mexico Water Treaty. Consistent with the 2007 Interim Guidelines, the 2019 DCP and Minute 323, operational decisions for 2022 will be made by Reclamation in August 2021.

Reclamation is also concerned with the longer-term projections, which show a higher likelihood of Lake Mead declining to the critical elevations of 1,025 and 1,000 feet by 2025. Based on the June update, the chance of this occurring by 2025 is 58% and 21%, respectively.

Reclamation provides projections using two future hydrology scenarios: The Stress Test Hydrology based on the last 32 years, and the Full Hydrology based on the last 114 years. The Stress Test Hydrology provides more plausible near-term outlooks because it embeds the recent warming trend and current drought period. It is about 11% lower on average compared to the Full Hydrology.

Assumptions about drought operations are included in these projections; drought response operation plans to protect Lake Powell are being developed by Reclamation and the Upper Division states of Colorado, New Mexico, Utah, and Wyoming. Pursuant to the provisions of the Drought Response Operations Agreement and the Companion Agreement, Reclamation will consult with the Lower Division states before finalizing drought response operation plans. If actual hydrology demonstrates an imminent need to protect the elevation at Lake Powell, the Secretary retains all applicable authority to adjust releases from the upstream initial units of the Colorado River Storage Project Act (Flaming Gorge, Navajo, and Blue Mesa reservoirs) before those operating plans can be finalized.

Reclamation and the Colorado Basin states continue to closely monitor conditions to be prepared to meet the goals of the DROA in the months and years ahead.

A key component of Reclamation’s Colorado River Basin activities is the integration of sophisticated modeling tools and scientific research to inform water management decisions. Through a decades-long partnership with the Center for Advanced Decision Support for Water and Environmental Systems at the University of Colorado in Boulder, Reclamation hydrologic engineers and hydrologists are actively collaborating with climate, hydrology and decision support scientists to provide advanced modeling tools. Their work is helping Reclamation link advances in science to water resource management decisions in the face of greater uncertainty and increased hydrologic and operational risks.

Reclamation’s modeling and operations teams further refine these tools, such as the 24-Month studies, to make annual operational determinations for Lake Powell and Lake Mead through close coordination with water and power customers throughout the basin.

For more information, the 5-year projections from June 2021 and prior can be viewed by visiting https://www.usbr.gov/lc/region/g4000/riverops/crss-5year-projections.html